Shut Up or Speak Up, What Should I Do? 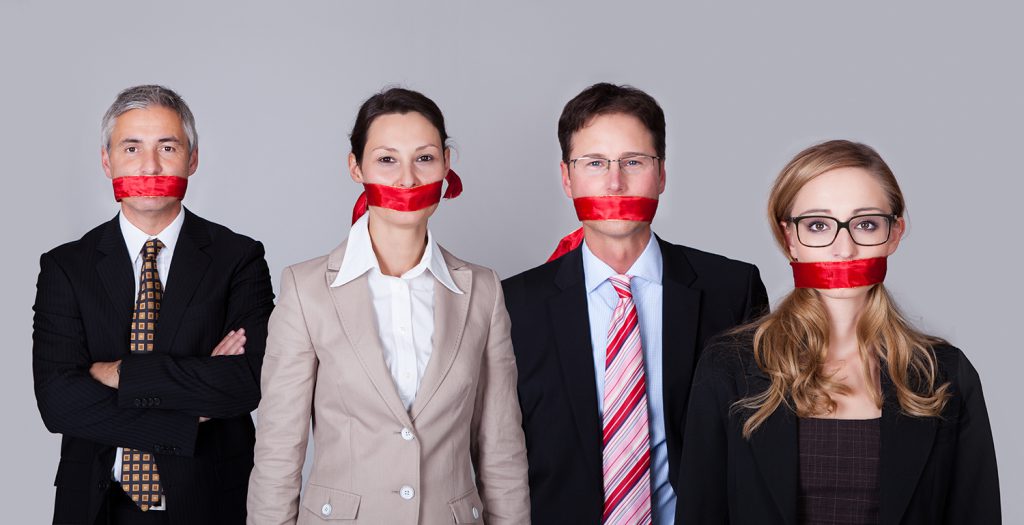 In a recent meeting of leaders, a person with a title and little common sense, chose to make another leader in the room look small. The harsh, unprovoked criticisms and the willingness to skirt decorum made for several tense moments. It got me thinking. When should a leader shut up or speak up? Here’s some food for thought on a ticklish leadership issue.

Shut Up or Speak Up — What Should I Do?

As a young boy, I commonly heard this statement issuing forth from the lips of adults. “Children should be seen and not heard.” Maybe that was because, shall we say, I was a talkative child. (Here is an explanation of the origin of that phrase that I found interesting, you might too.)

But is the same advice good for leaders?

The example I mentioned earlier only lasted a few minutes. And then it was over. Or was it?  There were forced smiles all around. No harm, no foul, right? Business as usual, right? Now we just move forward , right?

Shut Up or Speak Up — Sooner Is Better

The deed was done. And accordingly, the tension in the room was immediate and palpable. Oh, the meeting went on, but things had changed. Immediately. Radically.

Those leaders who were NOT in the crosshairs, sat quietly, processing and analyzing what they had seen and heard. What just happened, they wondered? What was he thinking? Why didn’t he realize he needed to shut up? I wasn’t sure what to do — should I have shut up or spoken up?

But the individual who bore the brunt of the criticisms also sat quietly, processing and analyzing what had been said and done. He, too, wondered what had just happened and why. But he was also left wondering why the others in the room — supposed friends, colleagues, teammates — why they sat on their hands, rather than speaking up in his defense?

And just like that, things changed. Relationships changed. Some in the room wondered if the same happened to them, would they be left to fend for themselves? But for one individual that question had already been answered.

The Price for Unchecked Tongues

This post is intended to be an unapologetic, cautionary tale. Here it is.

Throw your weight around and you’ll most certainly pay a price. And that price can be measured in degrees of lost respect, lost influence, lost support.

Here’s a word to the wise. Before you do irreparable harm to yourself and your organization, wise up and shut up.

But there is a second cautionary note to be sounded too. This one applies to those leaders choosing to sit by silently as others take unfair advantage.

A leader should speak up in the defense of the innocent. And when they do, the deed will never be forgotten.

But for the leader who fails to speak up in the defense of the innocent — that deed will never be forgotten either.

It might be right for children to be seen and not heard, but I don’t think the same holds true for leaders.

When It’s Hard to Shut Up or Speak Up

Many of us wrestle with controlling the mouth. Some days we can’t close it soon enough and other days we regret not opening it at all. How have you effectively resolved the issue of when to shut up or speak up? Thanks for sharing your comments.

Here’s another post with a perspective to consider before you speak up.