Why You SHOULD Have That Difficult Conversation at Work 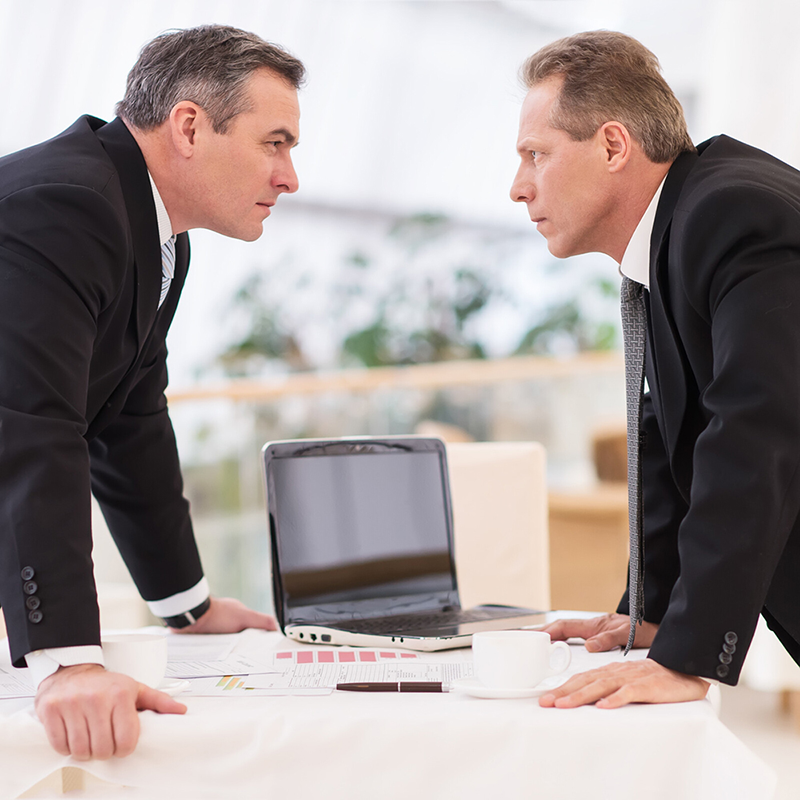 Is a Difficult Conversation Really the Best Strategy?

Most of us were taught early on that honesty is the best policy. But as we grow older and assume more personal and professional responsibility, the scope and breadth of problems we encounter grow more complex. The problems we are responsible for managing now include superiors, subordinates, co-workers, clients, regulators, vendors, and so on.

We still know that honesty is best, but we seriously wonder if honesty is the best strategy for some of these difficult situations. When faced with the need to share an uncomfortable message, we begin to question whether being so “forthright” is the right thing to do.

The truth is this: telling people only what they want to hear seldom buys the results wanted or the resolution of the problem that is needed. Let me illustrate.

I’ll Tell You The Truth

It was mid-morning. I was in my office, working as a Human Resources Manager for a FORTUNE 500 manufacturing group when I heard a knock at my door. There stood Harvey. I knew immediately whatever happened next would not be pleasant.

Truthfully, I didn’t like Harvey. While he had never done anything to me personally, he was just a hard guy to like. A senior (as in long-term) employee, Harvey was distant by choice. He had few friends and saw little need for conversation. When he did speak, his words cut like a knife. His comments were caustic and negative. If he felt he had been wronged, he would quickly lash out. And his favorite target was… MANAGEMENT!

“I want to be transferred out of my department, and I want it now!” Harvey declared.

Not expecting this at all, I asked the obvious question.

“Because I’m sick and tired of working for that lying Butch. He just told me that I’ve been passed over for the lead person position — for the third time! And again he told me it was because there was a more experienced candidate. That’s just a bald-faced lie! There’s nobody in the department that’s more experienced than me, and Butch knows it. So that makes Butch an (expletive deleted) liar. And I told him so to his face. And I’ll tell you one thing right now, too. I’m not gonna work for an (expletive deleted) liar!”

When a Confrontation Is Inevitable

Even though he was obviously upset, I couldn’t allow such malicious, slanderous comments to be made regarding another employee, especially his supervisor. I knew a confrontation was inevitable.

“Harvey, I really don’t know what you’re talking about. But I do know that I don’t intend to sit here and let you call Butch names, especially when he’s not here to defend himself. You say you’ve got a problem. Well, I’m willing to give your problem the attention it deserves. Have a seat, and I’ll call Butch to have him join us. Then we can all get to the bottom of this problem together.”

Butch arrive a few minutes later. I could tell from his body language that he was already upset. I sensed a significant confrontation had been brewing for some time. At that moment, I believed it was better to have that confrontation in a managed environment with some sort of a mediator.

I began by sharing Harvey’s grievance with Butch, then asked him to share how he had made decision on the lead-person position. Butch responded.

“When the position came open, I looked around the department for who I thought would be the best person for the job. I considered several people, including Harvey, but I decided on someone else instead.”

Immediately, Harvey jumped into the fray.

“Yeah, you decided on someone else. But it wasn’t because he was the most experienced person in the department. The truth is you promoted someone else because you didn’t want me to have the position. Go ahead, tell the truth, if you can, for once in your life. I dare you.”

And in the next few minutes, Butch accepted Harvey’s challenge and told him the difficult truth.

“Harvey, nobody, including me, questions your ability, knowledge, or commitment to doing a good job. It’s your attitude that sucks. If you would just approach your job and the people with a little more professionalism, you would’ve been the lead person in our department a long time ago. But there’s no way I’m going to put you in that position until I’m sure you will do more good than harm.”

​​If You’re a Great Supervisor, Why Didn’t You Tell Me Sooner…

Looking Butch straight in the eye, Harvey asked pointedly, “So you are finally telling me the truth?”

“Well then, if you’re such a great supervisor, why did it take you this long to tell me what my problem was? How are we supposed to get better if we don’t know what you expect from us and what you are evaluating us on?

I’m telling you right now, I want to be a lead person. And if it means I need to get along with people better, then that’s what I’ll do. You better watch me closely. Because the next time a lead person’s position opens up, you won’t have any excuse for not promoting me.”

As a firsthand witness to the entire episode, I assure you the meeting ended only slightly less tense than it began. And as Butch and I debriefed the experience, we both were stung by Harvey’s words…”If you’re such a great supervisor, why did it take so long for you to tell me what my problem was?”

Harvey was right. By avoiding the difficult conversation with him about his attitude, Butch and I had not done our jobs. We allowed a problem to fester because we feared addressing it directly. I often say, “bad news does not get better with time.” We simply should have had the hard conversation with Harvey sooner.

Get our blog by email + a bonus welcome gift!

What a Difficult Conversation Can Do

Nevertheless, neither Butch nor I expected any significant change in Harvey’s behavior. But we were wrong again. From that point forward, something amazing happened. In the weeks and months that followed, Harvey underwent a professional transformation, unlike anything I’ve seen before or since. Harvey took that difficult conversation and applied it to both his social and communication skills. And while it didn’t happen overnight, Harvey did change. In a little over a year, he was promoted into his department’s lead person position and continued advancing beyond that.

What allowed this amazing turnaround? A hard, uncomfortable, truthful conversation. Harvey was presented with the truth and he accepted it. This may seem like an extreme example. But it underscores the impact supervisors, managers, and leaders can have when they aren’t afraid to have tough conversations with their people.

Do you have a “Harvey” on your team? Someone you’ve written off. A team member you try to avoid at all costs? An employee who isn’t getting your full support and help? One that’s wondering why you shy away from the hard parts of your role?

From Harvey’s lips — as hard as it may be to hear — this is what people expect from their leaders. And, it’s what they evaluate us on.

How To Have a Difficult Conversation at Work

When handled correctly, a difficult conversation can lead to a stronger team. Check out this video​ for some practical tips on how to have a tough conversation and end up with a positive outcome.

We Help Leaders Communicate Better with Their Teams. If You Need Help, Contact Us Here.

The Man & The Millennial Show
Episode 12: Succession Planning Fundamental: How to Delegate